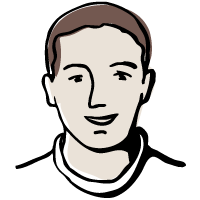 Welcome to my new auto blog. My name is Kevin. I am 48 years old and I live with my family in Alice Spring, Australia. Living so far out in the middle of nowhere means that you need a car to get around. I have been driving cars since I was 17 and I used to spend hours hanging out at the local auto repair shop. During those long summer afternoons, I learnt all about how a car works, how to repair the different components and systems, and how to accessories a vehicle so it looks cool. I hope you enjoy my blog.

The alternator in your heavy truck plays an important role of converting mechanical energy from the crankshaft into electrical energy. That energy serves many roles, such as charging the truck's battery as you drive. It is advisable for you to detect a failing alternator before that problem causes your truck to stall. This article discusses some of the common signs that can alert you that your truck's alternator is failing.

Difficulty in Starting the Truck

One telltale sign of a failing alternator is a difficulty in starting the truck after switching off the engine. That difficulty in starting may be caused by the limited supply of power to the spark plugs of petrol engines. Diesel engines have glow plugs instead of spark plugs that help to warm the fuel/air mixture so that combustion can take place. A faulty alternator will not easily provided that power needed to start the truck. Additionally, the truck may stall for no apparent reason. Suspect that the alternator is failing if the engine stall happens when you still have plenty of fuel in the tank.

The alternator is the primary source of energy for the lights in your car. The battery only works once the vehicle is parked. Thus, flickering lights are a clear indicator of a weakened alternator that is struggling to generate enough power to keep the headlights on. You may also notice that the lights will become less bright if the alternator is faulty.

The alternator may also be the culprit in case you observe multiple electrical failures in your truck. For instance, the power windows may stop responding to their controls. Additionally, the dashboard lights may go off. The air conditioning system may also fail to work. Such seemingly unrelated system failures may point to a worn alternator.

The battery in your truck may be drained completely if the alternator has a problem. This is because the battery will be unable to recharge as its power is used for different functions in the truck. The alternator may be responsible for the battery failure if the battery is new and nothing has happened to make it fail.

The signs above may become noticeable long before the dashboard warning light (ALT or GEN) starts indicating that there is a fault with your truck's alternator. Take the truck to a repair shop as soon as you notice several of the signs above. This will save you from being stranded by the roadside when the alternator suddenly stops working.